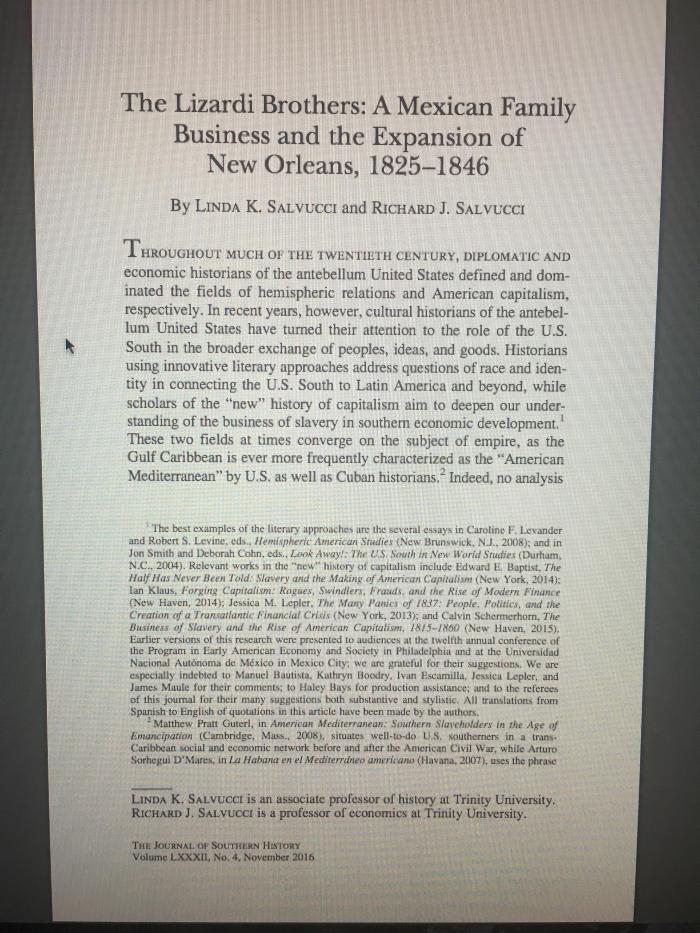 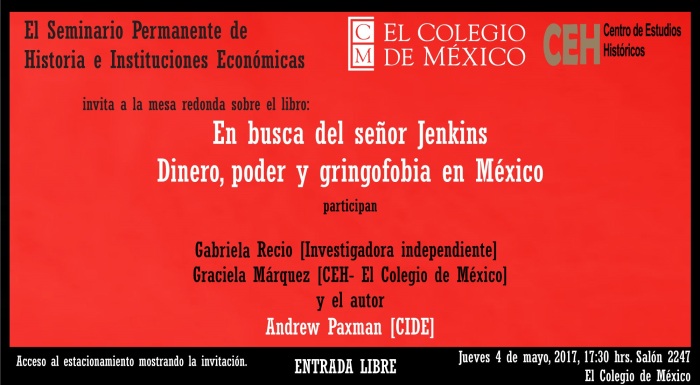 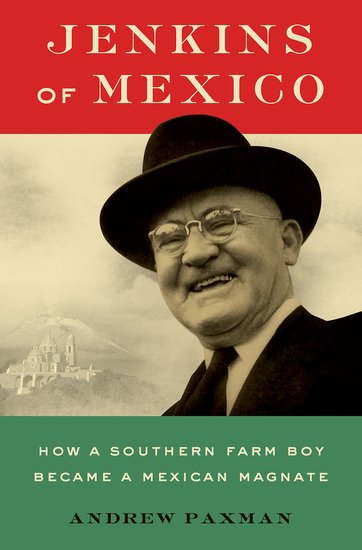 In the city of Puebla there lived an American who made himself into the richest man in Mexico. Driven by a steely desire to prove himself–first to his wife’s family, then to Mexican elites–William O. Jenkins rose from humble origins in Tennessee to build a business empire in a country energized by industrialization and revolutionary change. In Jenkins of Mexico, Andrew Paxman presents the first biography of this larger-than-life personality.

When the decade-long Mexican Revolution broke out in 1910, Jenkins preyed on patrician property owners and bought up substantial real estate. He suffered a scare with a firing squad and then a kidnapping by rebels, an episode that almost triggered a US invasion. After the war he owned textile mills and the country’s second-largest bank, developed Mexico’s most productive sugar plantation, and helped finance the rise of a major political family, the Ávila Camachos. During the Golden Age of Mexican cinema in the 1940s-50s, he lorded over the film industry with his movie theater monopoly and key role in production. Reputed as an exploiter of workers, a puppet-master of politicians, and Mexico’s wealthiest industrialist, Jenkins was the gringo that Mexicans loved to loathe. After his wife’s death, he embraced philanthropy and willed his entire fortune to a foundation named for her, which co-founded two prestigious universities and funded projects to improve the lives of the poor in his adopted country.

Chapter 1: Coming of Age in Tennessee
Chapter 2: Fortune-Seeking in Mexico
Chapter 3: How to Get Rich in a Revolution
Chapter 4: Kidnapped, Jailed, Vilified
Chapter 5: Empire at Atencingo
Chapter 6: Resistance at Atencingo
Chapter 7: With Maximino
Chapter 8: Mining the Golden Age of Mexican Cinema
Chapter 9: Enterprise, Profiteering, and the Death of the Golden Age
Chapter 10: The Jenkins Foundation and the Battle for the Soul of the PRI
Chapter 11: Jenkins’ Earthly Afterlife

Andrew Paxman teaches history and journalism at the Center for Research and Teaching in Economics (CIDE) in Mexico City and Aguascalientes. He is the co-author of El Tigre, a biography of the Mexican media mogul Emilio Azcárraga Milmo.

“Historian Paxman’s exhaustive biography of the enigmatic William O. Jenkins reveals that his life had romance, high adventure, mystery, and (movie) magic… [Jenkins of Mexico] is an impressive accomplishment, and readers interested in the evolution of the modern Mexican state will find a fascinating treasure trove here.”–Booklist 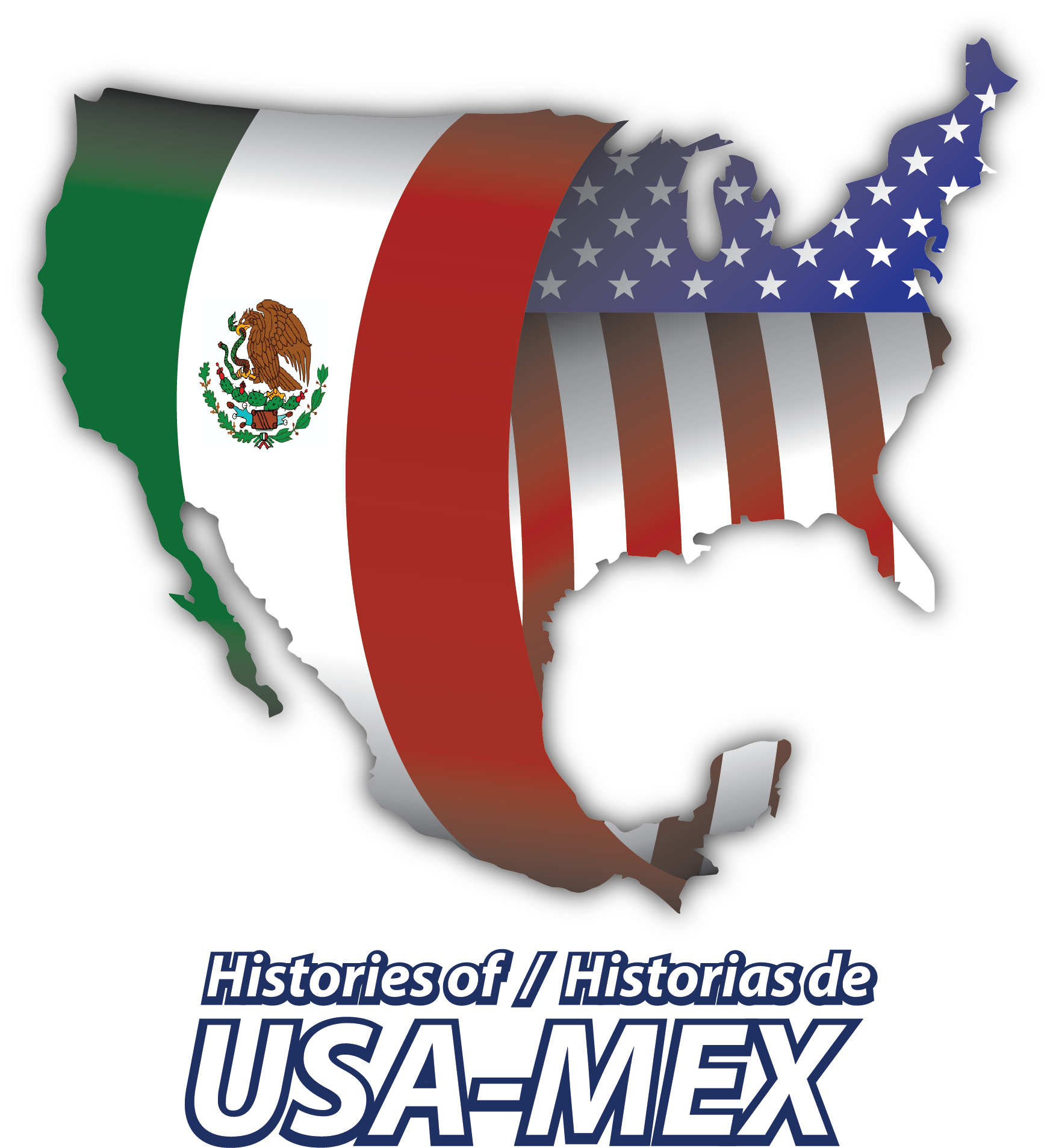